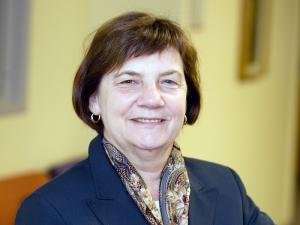 Transplanted back to Pennsylvania in 2014 to be near family, Dr. Wolf  was formerly professor  and faculty development coordinator at Samuel Merritt University in Oakland California. She was a founding  faculty member of the DNP program both there and at the MGH Institute of Health Professions and was program faculty for the  Penn State University DNP Program and the Bloomsburg University of Pennsylvania  DNP Program.  A graduate of Johns Hopkins Hospital School of Nursing, Boston University and Brandeis University, and University of Massachusetts-Worcester,  she  served as Associate Director of the programs in Nursing at the MGH Institute of Health Professions in Boston.

Dr. Wolf  is a community health clinical specialist and a nurse practitioner with past practice in Berkeley CA and the  Cambridge Health Alliance Senior Health Center. Her scholarship is focused on the history and future of nursing as work, including the inter-professionalism. She has lectured widely on professional issues and nursing history and politics. Her publications include Nursing as Body-Work in ANS, Global Public Health Nursing, in the Global Nursing for the 21st Century,  and A History of Nursing Ideas, by Jones & Bartlett. In addition she has published articles in both the professional and lay press and has contributed to media projects including the film Nursing the Politics of Caring, Code Grey, Community Voices and the popular book, Our Bodies, Our Selves. She has been active as former chair of the National Academies of Practice- Nursing Academy and annual forum, as well as  a representative to the IOM Forum on Innovations in Global Health Professions Education.

A graduate of the Johns Hopkins Hospital School of Nursing,  I continued my education at Boston University, obtaining a BSN and a Masters in Community Health with a CNS  Role preparation.  I completed a Doctorate in Sociology at Brandeis University, with concentrations in Sociology of Health & Illness, Organizations & Professions and Political Sociology.  I returned to the University of Massachusetts Medical Center School of Nursing to study for a post-masters certificate in Adult Health Nurse Practitioner studies.  Additional education included the a completion of a NONPF fellowship in Community health for NPs which a project focus on developing online programming.  A second fellowship  through Stanford University  supported Faculty Development on Ethnogeriatrics with a project development on use of simulation to improved undergraduate student cultural competency.

Her scholarship focuses on the history and future of nursing as work, including the inter-professionalism. She has lectured widely on professional issues and nursing history and politics. Professionalization of nursing work, Population health & vulnerable population such as older adults

Coalition for the Health of the Susquehanna Valley