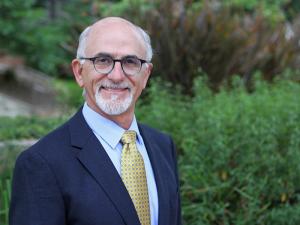 I have worked in a variety of clinical settings through my career in physical therapy, including a tertiary care pediatric medical center, academic medical center, home care, and outpatient physical therapy practices. During my career i have served as a clinical instructor, clinic owner, and Director of Rehabilitation Services. I started teaching at Samuel Merritt University in 1992, the 2nd year of the program and have the privilege of teaching every class of students who have completed their physical therapy education here. I was the Director of Clinical Education from 1998-2003 and was Department Chair from 2003-2012. In 2012, I assumed a new position as Assistant Academic Vice President in the Office of Academic Affairs where i was responsible for Interprofessional Education for the University as well as for community engagement. In 2015 I became Vice President of Enrollment and Student Services at the University. I continue to teach in the Department of Physical Therapy

I received my undergraduate education at UC Santa Cruz graduating in 1975. I earned a Master's degree in Physical Therapy from Stanford University in 1977. I completed my Doctor of Education in Organization Leadership from the University of San Francisco in 2008.

My area of teaching is in ethics and professional formation.

I have studied ethical reasoning among physical therapy students. I was part of a team that completed the first national study of excellence and innovation in physical therapy education. Our team continues to disseminate our research findings. I am now part of a team at the University investigating factors that contribute to student success in health professions education.

I am a volunteer mediator with a community-based mediation group in Oakland. I  serve the professional association in several roles. Professionally, I am a consultant/mentor for the Grantsmanship and Mentorship in Education Research and a mentor in the Education Leadership Institute of the APTA.