Nataly Kuznetsov (BSN ’09) has worked as a disaster relief nurse ever since graduating from Samuel Merritt University, but even that didn’t prepare her for the wildfires that swept across Northern California’s Wine Country last year.

“Being at ground zero in a disaster put things in a completely different perspective,” says Kuznetsov, who lives near downtown Napa.

At one point, flames were visible from Queen of the Valley Medical Center, the only trauma center in Napa County where Kuznetsov works in the intensive care unit. Amid mass evacuations, many staff members did not show up for work, but everyone else pitched in as smoke began seeping into the hospital.

“It was terrifying,” she says.

Kuznetsov had just returned from performing medical evacuations as a flight nurse during Hurricane Harvey in Texas a month before the fires struck in October. Because of her background in disaster relief, she traveled between shelters and command centers during the firestorm to offer her services when she was not on shift at the hospital.

“I just wanted to do anything I could to be helpful,” she says.

She found that it was nearly impossible for individual volunteers to help without having a previously established connection to a relief organization in the area.

The wildfires in Napa, Sonoma and Mendocino counties killed 43 people and burned more than 245,000 acres in what was the most destructive series of fires in California history. At least 40 active-duty firefighters reportedly lost their homes while working to contain the blazes.

Kuznetsov’s experience with the fires inspired her to create the Disaster Responder Assets Network (DRAN), a nonprofit organization that assists emergency responders in Northern California during and after a crisis.

“This is the population that rescues everyone else and they don’t receive their own support,” Kuznetsov says. “They fight fires and then go home to a burned house.”

The organization is putting together a network of volunteers who can help emergency responders and their families affected by a disaster with evacuation of their animals, childcare, navigating legal and insurance issues, and any other needs that arise.

“Emergency responders are very slow to ask for help,” says Kuznetsov. “Because of confidentiality issues, some don’t turn to their own organizations for help.”

Kuznetsov decided to become a critical care nurse after she was nearly killed in a motorcycle accident on Highway 1 in Santa Cruz.  She was airlifted to Stanford where she began a long recovery process that included four surgeries and neurological care for a head injury.

Within a year of the accident, she began her prerequisite courses and enrolled in SMU’s Bachelor of Science in Nursing program in 2007.

“After seeing what nurses do, it very much inspired me that this is how you change a life,” she says. “We get to be the best part of someone’s worst day.”

Even as a child, Kuznetsov was no stranger to disasters. A Russian native, she emigrated at 10 years old to Israel, which she calls “a disaster zone,” and then moved to the U.S. when she was 19.

Her goal was to become a flight nurse and she pursued a master’s degree in critical care and trauma nursing. She has worked in disaster response since 2010 and participated in national and international relief efforts with organizations such as Stanford Medical Center, International Medical Corps, Federal Emergency Management Agency (FEMA), and the American Red Cross.

“My accident was a huge motivator and now I’m determined to be there for those who are critically injured,” says Kuznetsov. 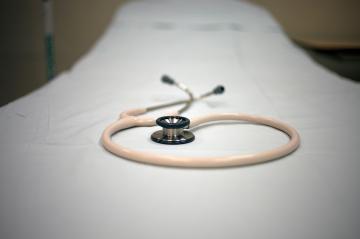 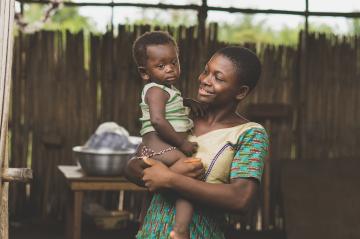 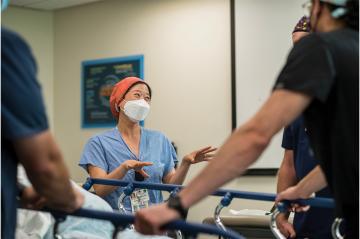