Earlier today, SMU hosted a historic event, SMU Forward: The Next 100 Years, in Oakland’s City Center to celebrate two major announcements: a $10 million gift — the largest in the university’s 113-year history — and final approval on a new flagship campus in downtown Oakland.

The event was held on the site of the new building, at 525 12th Street, and brought together 200 attendees, comprised of SMU students, faculty, administrators, SMU President Ching-Hua Wang, Oakland Mayor Libby Schaaf, and key leaders from the Northern California healthcare community, including Dr. Noha Aboelata, CEO and founder of the Roots Community Health Center, and executives from Kaiser Permanente, Sutter Health, and La Clinica.

Oakland has long been a community of care, but today we become California’s capital of healthcare.” — Oakland Mayor Libby Schaaf

Leading the event was the announcement of the new SMU campus in Oakland City Center, which is scheduled to open in January 2026. Serving as the new central hub of SMU, the 10-story building will include 19 classrooms; 41,000 square feet of simulated lab space; cutting-edge anatomy, physical therapy, occupational therapy, and podiatric medicine labs; a makerspace; a Motion Analysis Research Center; and much more.

One feature that was highlighted was the simulation lab space, which will be four times the size of SMU’s current lab footprint in Oakland. This new space will allow for more immersive learning experiences and incorporate the latest in simulation-based learning. Manikin simulation and augmented reality simulations are just some of the exciting features to come.

The flagship campus was also announced as a key feature in SMU’s plan to double enrollment in the next 10 years and quadruple it by 2050. On this topic, Mayor Schaaf spoke about the healthcare system’s fragility during the pandemic. By supporting SMU’s mission to boost enrollment, the new campus serves as not only an investment in student education but also an investment in the future of our state’s healthcare system.

President Wang announced that the Oakland City Council was unanimous in its support of the plans for the flagship campus. SMU will invest $100 million of its reserves to fund the state-of-the-art building, with a remaining $140 million to be funded through debt service and a comprehensive fundraising campaign in 2023.

Along with the announcement of the new flagship campus came a second momentous announcement, a record-breaking $10 million gift from the estate of esteemed SMU alumnus and podiatrist Russell Odell Lewis, DPM ’65 and his wife, Antoinette Lewis, RN. Lewis was the first in his family to attend college and the only Black student in his 1965 graduating class. His commitment to his studies and the value he placed on his degree rings true in this historic gift, which is earmarked to fund endowed scholarships for SMU’s Doctor of Podiatric Medicine students and students in the College of Nursing.

[Lewis] was the only African American member of his graduating class. The only. Let us never say those words again. Samuel Merritt [University] has done an amazing job of diversifying the healthcare professions. Creating culturally competent caretakers and professionals that we need more than ever.” — Oakland Mayor Libby Schaaf

Much like the announcement of the new campus, President Wang also spoke to the value of the Lewis gift in supporting SMU’s mission to increase enrollment and address the workforce demands of Northern California. Dr. and Mrs. Lewis both dedicated themselves to working in the Bay Area medical community for over 30 years. Now, their generous gift paves the way for future generations of students to increase health equity in their communities.

The Future Looks Bright for SMU and Oakland

“Our new flagship campus will extend our roots deeper into the city we love. Our endowed scholarships and increased enrollment will spread our branches further into the communities we serve. We remain nimble and fearless, poised to be the leading healthcare workforce development engine in California and the nation and be relentless for health parity for the next 100 years.” — SMU President Ching-Hua Wang

These announcements are expected to reshape the university experience for students today and tomorrow, reinforcing SMU’s position as a leading institution in health science. The new campus will provide advanced training and technology for students to complement the cutting-edge facilities in Sacramento, Fresno, and the Peninsula.

But the effects of these announcements extend well beyond the borders of the SMU campus. In particular, President Wang emphasized that the Lewis gift has the power to create a more equitable healthcare system. “The new campus will be such a game-changer for graduating thousands upon thousands of diverse healthcare professionals to boost healthcare equity,” said President Wang. Along with a focus on providing opportunities for students of color and first-generation college students, SMU will continue to deliver top graduates who can work to transform healthcare services in urban settings and underserved communities across the state of California. “We have developed an aggressive growth strategy to double enrollment in the next 10 years, feeding the workforce pipeline at a much faster rate than before. We will expand existing academic programs that are tested and true, as well as launch new academic programs that will better serve the needs of the healthcare delivery partners we have,” President Wang added. Currently, 68% of our graduates work in urban settings and 30% are employed at Medically Underserved Areas/Populations–designated worksites. Through the generosity of Dr. and Mrs. Lewis, we can expect more students to follow in those footsteps and commit themselves to transforming healthcare in Oakland and beyond.

In line with this goal, the new flagship campus aims to strengthen partnerships with local healthcare providers and community care organizations. “Imagine all of the incredible students and professionals that will be in these streets and on these plazas taking advantage of this incredible institution, which because of this new facility, is going to be able to grow and create so many more of these talented professionals that are going to heal us and keep our loved ones healthy. This is a vision that those of us who are longtime believers in the beauty and vitality of Oakland have always seen, and today it is actually coming to fruition,” said Mayor Schaaf. The state-of-the-art facilities will help to solidify Oakland not only as a hub of scientific research but also as a center of accessible healthcare.

As we look ahead to the future, we can expect to see greater opportunities for students, alumni, partners, patients, and the whole community.

View a recording of the entire event here. 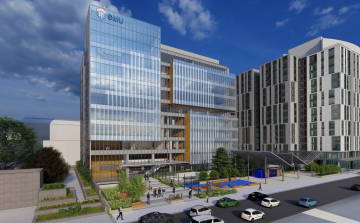 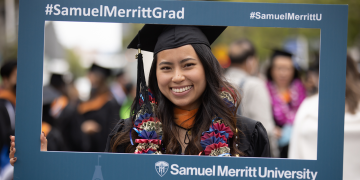 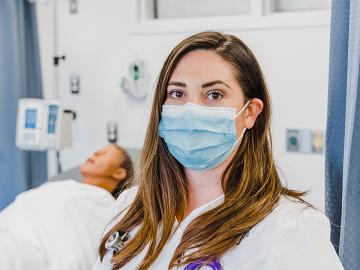 Stop Nurse Burnout Before It Starts

Nurses and the profession of nursing are at a turning point. They’re burning out at higher rates than ever before, resulting in less engaged patient care and many nurses leaving the profession...