From the time his father, Jose, started working for the Southern Pacific Railroad and his mother, Bertha, took on extra jobs after moving from Chihuahua, Mexico in the 1940s, Neptaly “Taty” Aguilera was taught that money wasn’t just for paying bills or buying fancy things—it was for saving for the next generation.

And that’s how he and his two brothers and two sisters were able to afford higher education.

“Even though my father only had a sixth-grade education, he was already thinking about us going beyond that.”

There was a bit of a wrinkle, however. After graduating from Roseville High School, where he became the first of his brothers to serve as student body president, Taty was accepted to UC Davis. But he didn’t feel ready to leave home.

“I didn't know really what college meant or what it was, mainly because I had never really been outside of Roseville,” he says. “So, I ended up going to a community college.”

It didn’t take long, however, to realize that Taty was indeed ready and able to take on a big campus.

“I had several Latino friends that got accepted to Davis as well, and they invited me to a picnic day that's held annually at Davis … and once I got there, I said, ‘Oh my God, what did I miss out on?”

That is why in retirement, Taty has become busier than ever, helping Latinos and other young people of color break into and excel at higher education—just as his parents did for him.

“Giving back to the community has been a long-time commitment that I received from both my parents after they came from Mexico,” he says.

Among his current roles, Taty serves as co-chair of the statewide UC Chicanx Latinx Alumni Association, which is planning its 20th anniversary Cesar Chavez Youth Leadership Conference at UC Davis in 2022. And in 2020, Taty became the first Latino to serve on the Board of Regents in Samuel Merritt University’s history.

“With accelerated programs and a strong commitment to serving communities of color, I was happy to accept the invitation to become a regent at SMU,” he says.

Taty also helped to create the SMU Latinx Legacy Committee to award annual scholarships to deserving students. This year, the committee gave three students each $500 to help with their studies.

“I want to see more Latinos and other people of color become nurses, pharmacists, and other healthcare workers,” he says. “I hope this money will help kickstart them on their path.” 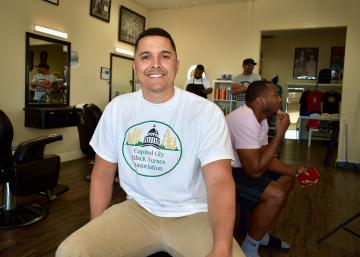 Carter Todd, ABSN ’15, has been recognized by the Sacramento Business Journal as a 40 Under 40 in healthcare for his advocacy work recruiting Black nurses to the profession as well as his work... 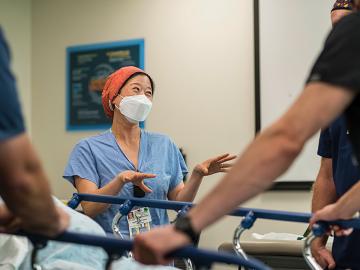 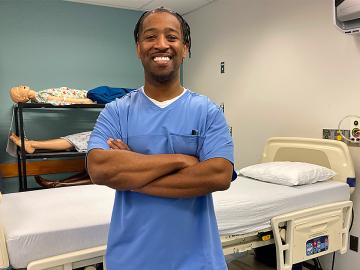 When Jason Saunders, MPA ’23, thinks back to being 18, he remembers many of his peers locked away in jail, involved in selling and taking drugs, or dead. He was determined to take another path. “I...