Samuel Merritt, M.D. was born in 1822 in Harpswell, Maine, and graduated from the Medical School of Maine at Bowdoin College. After practicing medicine in Plymouth, Massachusetts for three years, Dr. Merritt joined the great migration of 1849 to California. Here he made his fortune as a businessman and his reputation as one of the leading founders of the Bay Area. 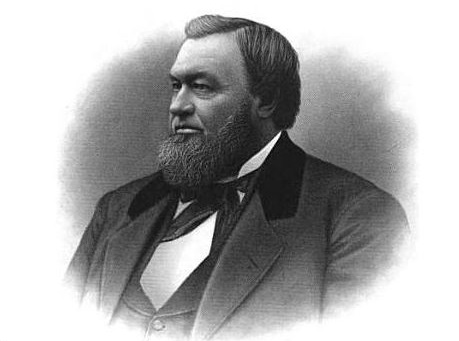 When Dr. Merritt died 40 years later in 1890, the Oakland Tribune called him “the man most prominent in the establishment and building of the City of Oakland.” He had touched every aspect of public life, serving as the 13th Mayor of Oakland, and one of the original Regents of the University of California. Dr. Merritt played a significant role in the creation of Lake Merritt and the construction of the Oakland Public Library and City Hall. As the first president of the Mountain View Cemetery, he continued to influence the architectural landscape of the city. Importantly, in his will he provided for the establishment of Samuel Merritt Hospital and the training school for nurses that have now evolved into Samuel Merritt University.

Dr. Merritt died before Samuel Merritt Hospital and its school were built, but his fortune and far-thinking made the founding of the institution possible. Today the women and men who carry on his mission as students, faculty, and staff are looking ahead to the next 100 years. The transformation of Samuel Merritt University in the 21st century continues in the tradition started long ago by this extraordinary individual who had a great vision for the quality and well being of the East Bay community.