Earlier this summer, Lorna Kendrick, PhD, APRN, PMHCNS, was appointed College of Nursing dean after a nationwide search (related article). She succeeds Audrey Berman, who served as dean for 15 years, and Assistant Vice Provost Celeste Villanueva, who served as interim dean for 10 months.

Dean Kendrick is the first person of color to serve as dean at the University. She’s the only African American school of nursing dean at a four-year institution in California and one of only a few in the nation. Her selection marks a milestone and also a homecoming. She was professor and academic director at the San Francisco Peninsula Campus during the 2018-19 academic year.

We chatted with Kendrick about the Black Lives Matter movement, the impact of COVID-19 on the nursing profession, and what healthcare providers want from the next generation of nurses.

What drew you back to SMU?
I love the mission and what it stands for. When I taught the SMU community health class, I had a student who was charged with assessing elderly patients for Meals on Wheels deliveries. This student was upset about visiting a potential client who lived in a wealthy neighborhood. He later found out the widower bought his house 60 years before and was living in poverty.

The student told me what he’d learned from the experience. He would no longer stand at a patient’s bedside and make assumptions. He’d instead view the patient as a whole person. Can they get to their home? Can they access their medication? Do they have help they can rely on? Hands down, that tells what our nursing program is about. That is what I wanted to be part of again. As a clinician, as an academic, that’s all I’ve wanted to do—make people whole, whether at the bedside or in the classroom. I saw that put into action at Samuel Merritt unlike at another school.

You’re married with children?
My late husband was a Hollywood stuntman. I have three grown children and my oldest son is a Los Angeles Police officer. He’s married with two daughters and a stepdaughter. My daughter is in chiropractic school in the Bay Area. My youngest lives in San Diego with his family and does MRIs.

What’s your leadership style?
I’m both a visionary and transformational leader. I love to think about systems and how they function. But my style is a team approach. I function better when I hear others’ voices–they think of things I haven’t. Give me all the information, all the thoughts, and I’ll make an informed decision.

Earlier this year, SMU nursing students, faculty, and alumni joined Black Lives Matter marches. Some carried signs that read, ‘Police violence is a public health crisis.’ What do you think about that idea?
It’s true. At UCLA, my doctoral research that looked at connections between mental health and physical health, particularly depression among young, more affluent African American men. In the late 1990s, when I started this research, the number one issue that stressed them out were police stops. They may not get stopped as often as someone in the inner city, but it has the same impact. The data strongly suggest societal stressors such as police stops can increase African American men’s propensity for earlier cardiovascular symptoms. It’s destroying their health.

How has COVID-19 impacted nursing?
COVID-19, although devastating, has helped to transform nursing. It has forced societies to recognize the amazing contributions of nurses and has forced nursing to stop doing things the way it has always done them.

As experienced academics, we are helping students understand that the human body functions the same whether you’re at the bedside or elsewhere. As some hospitals closed their doors to students due to COVID-19, we found alternative training experiences. Our faculty and students are finding the experiences new but exemplary.

You’ve spoken about moving the nursing profession and nursing education to the next phase. What do you mean?
Nursing is evolving and is no longer limited by doctors’ orders and skills. Nurses are writing the orders, making the tough decisions. Nurses are practicing independently from doctors. Yet much of our curriculum continues to focus on completing skills and blindly following directions. Our stakeholders are saying, “Teach students to think, assess, connect the dots, and make a best-practice decision. Then we can easily teach them the skills.” I want our undergraduate-pre-licensure nursing education to move more in that direction.

Additionally, soft skills like compassion, caring, patience, and reflection are what allow nurses to stand out among healthcare providers. Yet, often we downplay those skills because they aren’t valued as much. 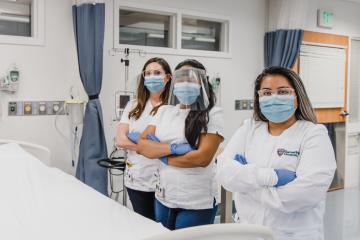 Samuel Merritt University’s College of Nursing has been ranked No. 2 in the country and its Bachelor of Science in Nursing (BSN) program ranked No. 1 in California, according to college rankings... 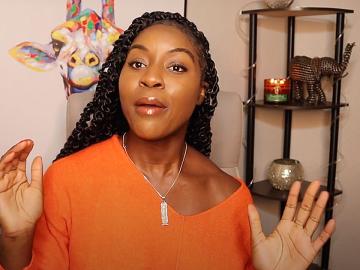 Miss Black New York USA winner and nurse anesthetist student Rhaven McIver, CRNA '21, talks about her path to SMU and how she uses the power of personal videos to help others understand what to expect...

Sharon Diaz, PhD (h.c.), RN, the founding president of Samuel Merritt University who served in that capacity for nearly 37 years before her retirement, died unexpectedly on September 12. She was 75...