For more than 30 million Americans with diabetes, identifying a foot ulcer in the early stages can save a foot or leg from amputation—but catching ulcers early isn’t easy. That’s because diabetics often suffer from nerve loss in their feet and can’t feel the rubbing and pressure that lead to ulcers. Groundbreaking research out of Samuel Merritt University, however, appears to suggest that new smart socks technology could save limbs.

So-called smart socks, which have embedded temperature sensors, can detect overheated areas on feet produced by the rubbing and pressure that leads to ulcers. The socks send alerts via an app, says Dr. Alexander Reyzelman, podiatry professor at SMU’s California School of Podiatric Medicine. The result? More than 100,000 feet and legs could be saved from amputation each year in the U.S.

“These wearable socks are revolutionary,” says Reyzelman, who is currently co-director of the UCSF Center for Limb Preservation. “They give us an ability to remotely monitor patients in a way we never had a chance to before. Typically, when a patient leaves our office, we don’t know what’s happening to their feet. Now we’re getting information, and information is very important.”

Yes, there’s an app for that

Reyzelman began conducting research about three years ago when medical device start-up Siren Care approached him about developing socks with temperature sensors that monitor a patient’s skin temperature. The sensors relay that information via the internet to an accompanying app, enabling patients to track their data via a smartphone or other mobile device and send the data to care providers.

Diabetic foot complications cost the U.S. health care system more than $10 billion annually, Reyzelman explains, because patients with ulcers wind up in the emergency rooms, have amputations, and incur prosthetic and rehab costs. “When you take all that into consideration, there’s a huge economic impact besides quality of life. No matter how you look at it, this could be a win-win situation.”

Reyzelman, after conducting pilot research on a few dozen patients last year to learn whether they would wear and use the socks and to test the technology’s effectiveness, has now expanded his study to hundreds of patients.

SMU podiatry alum Kris Koelewyn, DPM ’17, was the second author, on the pilot research published in the Journal of Medical Internet Research in December 2018. Working with Reyzelman, he enrolled patients, taught them to use the socks and app, helped Siren’s team refine the app, and provided feedback along the way.

Koelewyn’s hard work paid off, when he presented the team’s research at the International Diabetic Foot Conference in the Netherlands, a prestigious meeting devoted to lower extremity problems in diabetes that only occurs every four years.

“Kris was willing to give the time it takes to bring a research project from beginning to end, and he was able to reap the benefits. Most often it’s the faculty who has experience and credibility who presents at conferences like that, however Kris earned that opportunity as a resident,” Reyzelman says.

“There is great potential when it comes to using the data we’re collecting from the socks,” says Koelewyn, who is currently a resident physician at Northport VA Medical Center in New York state. “For example, it may be used to help design accommodative insoles for people with diabetes and neuropathy. And in patients with a history of Charcot arthropathy (a disease that attacks the bones, joints, and soft tissue in feet), we’re seeing increased temperatures in patients who were considered stable. We’re not sure yet exactly what this means, but we now have the potential to learn more and catch Charcot in its earliest stages—meaning the best prognosis for our patients.” 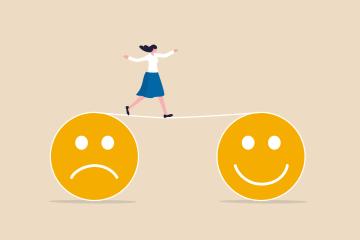 Setting up a research table for several weeks at an East Los Angeles farmer’s market was unconventional for sure. But it turned out to be the perfect place for Associate Professor Adrienne Martinez... 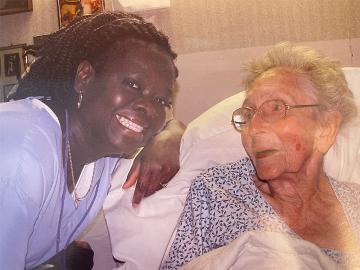 Family Tragedy Led Her to Nursing

At the age of 12, Florence Edwards, BSN ’22, was running errands for her mom. She crossed the street near her home in Sekondi-Takoradi, Ghana, and headed to pick up a few items from a nearby shop... 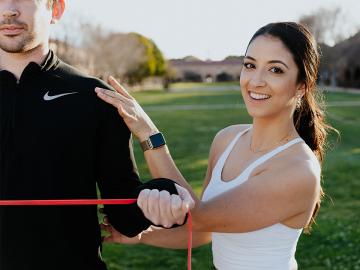