Evidence has long shown that where people live has a significant impact on their health and life expectancy, with a demonstrated link between areas with high concentrations of poverty and premature mortality.

Public health studies say a black child born in West Oakland compared to a white child in the Oakland hills is seven times more likely to be born into poverty, five times more likely to be hospitalized for diabetes, and expected to die 14 years earlier. In the Bay Area, adding just $12,500 to an annual household income buys an additional year of life.

Those were just a few of the astonishing statistics provided by Sandra Witt, DrPH, at Samuel Merritt University’s 29th annual Picchi Memorial Lecture on February 19.

Witt’s presentation was titled: “When It Comes to Your Health, Does Your Zip Code Matter More Than Your Genetic Code?” Her answer was decidedly yes.

“Racial and economic discrimination forces people into less desirable parts of town,” said Witt. She noted that exposure to crime, truck exhaust, a fast-food diet, and overcrowded schools in low-income neighborhoods and can cause chronic stress and eventual heart disease for residents.

Building communities that are safe with cleaner air, better public schools, more quality housing, and greater access to parks and fresh food would increase life expectancy, according to Witt. Also key to promoting health, she said, is to listen to the voices of marginalized populations like undocumented immigrants, the homeless, the LGBTQ community, and newly released prisoners.

Those are some of the goals of Building Healthy Communities, a 10-year, $1 billion initiative of The California Endowment.

Since 2010, the program has been working to transform 14 communities across the state by changing the policies and systems that shape them. The communities include East Oakland, Richmond, Sacramento, and Fresno where residents have experienced persistent poverty and poor health outcomes.

Witt, north region director of the initiative, said its work is guided by a framework developed by the Bay Area Regional Health Inequities Initiative that blames 70 percent of chronic disease on the social, political, and economic discrimination that shape lifestyle choices.

“We know we can’t get to health equity unless we get to racial equity,” she said.

“People who live in those communities know the solutions if we listen to them,” she said.

The Picchi Memorial Lecture series began in 1990 to honor the late Joseph Picchi, a physician who prized health education, and his late wife Mary Picchi, a clinical social worker. Contributions to the Picchi Memorial Education Fund help to purchase books, videos and other health-related educational materials for the John A. Graziano Memorial Library at Samuel Merritt University. 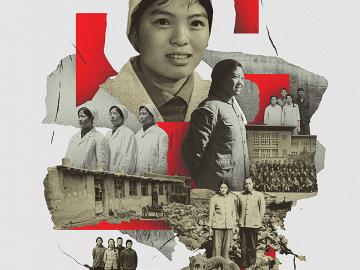 At 16, President Dr. Ching-Hua Wang’s life changed forever when she and other members of her family were rounded up, separated, and sent to work in remote factories and villages around China. They...

Rachel Gelman, DPT ’12, clearly remembers her first full-time clinical rotation as a physical therapy student. A patient came in complaining of back pain from a car crash, but it was a different... 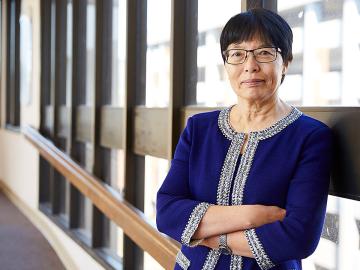