Sharon Diaz, PhD (h.c.), RN, the founding president of Samuel Merritt University who served in that capacity for nearly 37 years before her retirement, died unexpectedly on September 12. She was 75.

President Diaz was the driving force behind much of the University’s growth and expansion into new academic programs. She also led successful efforts to grow the institution from a nursing diploma program to a college (1984) and then a university (2009).

“Only a few weeks ago, I called Sharon and shared the news about our disaffiliation from Sutter Health and the new Oakland campus project,” said SMU President Ching-Hua Wang, MD, PhD. “She was very pleased about these endeavors and wished the best to the University. Sharon had an enormous impact on the University, and her contributions to the University and the communities it serves are unparalleled. We all are beneficiaries of decades of her leadership in developing and growing the University into the well-respected higher educational institution it is today.”

Immediate past chair and current member of the SMU Board of Regents Jonathan Brown said, “I started working with Sharon when I began to work for California’s independent colleges. Sharon had the ability to surprise you. All of a sudden a small, hospital-based nursing program was getting regional accreditation in record time. Suddenly, this independent University began diversifying its degree programs to a wide range of health professions. When I became chair of the SMU Board, we thought about some larger visions, including growing the University, building a new campus in Oakland, and achieving independent status. All of those were well on their way when Sharon retired in 2018. She was a professional of enormous energy and vision.”

Sharon Diaz, President Emerita of Samuel Merritt University, devoted her life to health care, education, community and family. Born in Bakersfield, California to Karl and Mildred (Lunn) Clark, she was the first in her family to attend college.  Sharon met Luis Diaz when they were both students at San Jose State University, and they married in 1968 when she graduated and began her nursing career.

While working as a nurse, Sharon became interested in nursing education. She returned to graduate school at the University of California–San Francisco for her master’s degree and joined the faculty of Samuel Merritt Hospital School of Nursing in Oakland in 1973. Thus began her 45-year career as a pioneering leader in higher education for health professions.  In 1999, Saint Mary’s College awarded her an Honorary Doctorate of Philosophy in Educational Leadership.

As a young faculty member, Sharon recognized that hospital-based nursing diploma programs were destined for extinction as nursing care became more complex. Appointed Director of the School of Nursing in 1976, she partnered with Saint Mary’s College to create an intercollegiate nursing program that granted Saint Mary’s first nursing BS degree in 1981. Soon, under her leadership as founding President, Samuel Merritt College became the first hospital-based school to grant a bachelor’s degree. Within a decade, Sharon began expanding the academic program to include higher degrees in nursing and degree programs in other health professions. By the institution’s centennial year in 2009, Samuel Merritt University (as it was renamed) provided masters and doctoral degrees in nursing, physician assistant, physical therapy, occupational therapy, podiatric medicine on three Northern California campuses. In her final decade as President, she strongly supported diversity, introduced on-line programs, and built capacity in educational technology and simulation.

Over her career, she grew annual student enrollment from fewer than 150 students to more than 2,500 and had a profound impact on many thousands of health care professionals, patients, and community members.

Sharon committed herself to many vital community organizations as a board member and volunteer, including Meals on Wheels, George Mark Children’s House (palliative pediatric care), Sinkler-Miller Medical Association, the Ladies’ Home Society of Oakland/Mathilda Brown Home, the Ethnic Health Institute, and the Bay Area Tumor Institute.

She was an avid reader and outstanding cook who loved to learn new things, including mastering foods from other countries.  Sharon was always game for a challenge, whether it was earning her pilot’s license, skiing the black diamond runs, beating family and friends at cards, or traveling with her husband to several countries around the world.

Sharon and Luis, an international consultant on environmental engineering and waste management, moved from the San Francisco Bay Area to Kauai in 2018. Sharon is survived by her beloved husband, Luis; sons Daniel and David; and granddaughter Cristina. She also leaves her sister Carol Lee Blair; her nephews Larry, Russell, and Philip, her niece Lisa, and their children and grandchildren.

Donations in Sharon’s memory to support the Sharon Clark Diaz Endowed Scholarship Fund at Samuel Merritt University (SMU) can may be made online or by calling SMU at 510.879.9272. 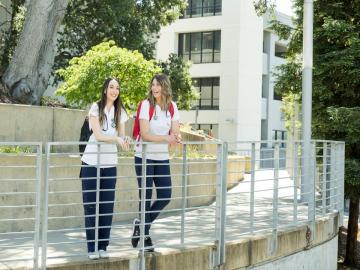 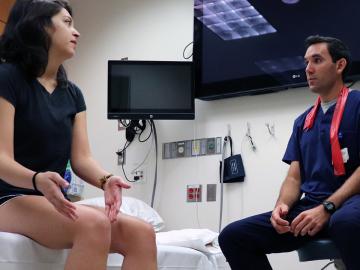 Samuel Merritt University’s Occupational Therapy (OT) program offers a rigorous education in both the basic science and in occupation-based practice, including working in multiple clinical labs with... 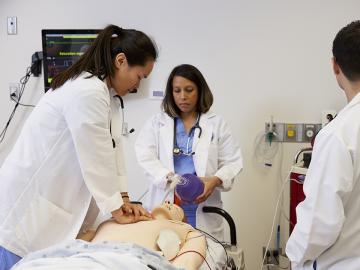