Surviving a motorcycle accident and recovering from massive physical injuries are never far from Brian Mast’s mind when he cares for patients at the U.S. Department of Veterans Affairs (VA) hospital in Palo Alto.

Mast has been working there ever since he was accepted into the VA’s Learning Opportunities Residency (VALOR) Program last year while he was still a nursing student at Samuel Merritt University (SMU).

At first, he wasn’t sure about giving up his summer for the clinical internship. That changed when he was chosen to work in the hospital’s poly-trauma rehabilitation unit — one of only five in the country that treats veterans who return from the battlefield with brain trauma and other severe injuries.

“A lot of the experiences I had there you just won’t get in any other medical/surgical or critical care clinical rotation,” says Mast.

The rehabilitation center was a perfect fit for Mast because, although he is not a veteran, he says he was able to talk to the patients and their families about what it’s like to endure a long-term recovery and a total loss of independence, in a way that doctors are unable to do.

Mast is among the several SMU nursing students each year who are chosen to participate in the VALOR program, a highly-paid internship that provides valuable clinical experience and the possibility of a job at a VA healthcare facility after graduation.

Like Mast, Alicia Munson will be paid 80 percent of the salary for an entry-level nurse while working in the VALOR program this summer along with three other SMU students.

“I’m totally stoked for this,” said Munson, who served in the Air Force for seven years as a munitions systems specialist.

“I’m super thankful for the opportunity to be able to work with veterans and also develop my skills,” she said. “There’s a sense of camaraderie among vets no matter what branch they served.”

The VALOR program and SMU’s Bachelor of Science in Nursing program are only two of the things Munson and Mast have in common; Munson was also in a motorcycle accident that disrupted her life.

Just two months before she was set to graduate last year, Munson suffered two ankle fractures that required surgery. She said the accident turned out to be “a blessing in disguise” because the delay in her studies led to her acceptance in the VALOR program, working at the same VA hospital where she received care.

Mast’s path to becoming a nurse began early one summer morning in 2010 when he was thrown from his motorcycle by a hit-and-run driver on his way to work in upstate New York as an auto service manager. Due to the severity of his injuries, the paramedics rushed to bring Mast’s mother to the accident scene so they could say their goodbyes.

“I wasn’t expected to survive the initial injuries,” says Mast, who had a traumatic brain injury, serious facial damage, and broken bones.

His road to a full recovery included many months of hospitalization and numerous reconstructive surgeries. What he remembers most are the nurses who cared for him, particularly one man who worked closely with Mast throughout his recovery and became an inspiration for him.

“I had never considered nursing before this,” he says. But after the accident, “I wanted more meaningful work. That’s why I decided to pursue nursing.”

Mast graduated with honors from SMU last December and now works in the surgical intensive care unit at the Palo Alto VA hospital — a coveted position for which few new graduates are hired.

“It’s a different level of responsibility caring for people who have served our country,” says Mast.

After Her Son Died, Ultra Humphries’ Therapy Was Helping Others

Ultra Humphries, BSN ’20, comes from a family of caregivers. Her grandmother and mother were both nurses. Growing up, she wanted to be a nurse, too. But her plans were sidetracked when she had her... 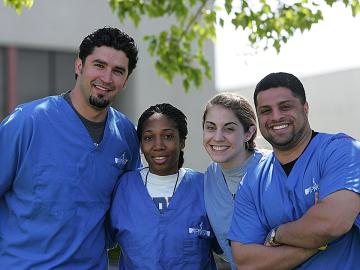 Samuel Merritt University has one of the lowest student loan default rates in the country, according to recent data released by the U.S. Department of Education. Fewer than 1 in 100 (0.9%) graduates... 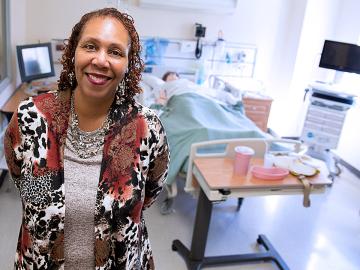 Earlier this summer, Lorna Kendrick, PhD, APRN, PMHCNS, was appointed College of Nursing dean after a nationwide search (related article). She succeeds Audrey Berman, who served as dean for 15 years...