Office of the President

The Office of the President provides visionary, strategic and organizational leadership to advance the university's mission, vision, core values, and strategic priorities.

Carrie Arnett—Executive Assistant to the President and Office Manager

Dr. Wang's story is one of resilience, love for learning, and dedication to improving people's health—values that, not coincidentally, resonate with anyone who knows Samuel Merritt University. 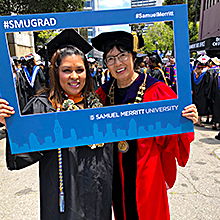 At 13, Wang's chance at an education was taken. Her life since has been a quest to reclaim her power and help others do the same. A native of Beijing, Wang is part of China’s “sent-down generation,” when schools were shuttered and more than 17 million “intellectual youth” (middle school- to college-aged young people) were separated from their families and sent away to perform hard labor during the Communist Party’s Cultural Revolution.

Wang was exiled to a small village in Inner Mongolia as a teenager to be “re-educated,” along with 12 others about her age. Separated from her family for six years, Wang worked the village’s farming fields and taught illiterate children.

“None of us, when we were on the farm, knew what would happen in the future, whether there would ever be schools opening up or not. However, in my heart of hearts, I wasn’t ready to quit studying,” says Wang, who felt her education was stolen.

An Oxford English Dictionary in Wang’s office is a reminder of those times. She received it from her father when she was in exile. The former head of China’s World Affairs Press under the Department of State, Wang’s father was exiled to Jiangxi Province to raise pigs and grow cabbage.

“My father was telling me, ‘Don’t give up on learning,’” Wang explains. “There was no electricity in Mongolia. Because I got this dictionary, I made a little lamp for myself using a small ink bottle. I raised chickens and sold eggs in the village to buy kerosene to fill the ink bottle, and every night I studied the dictionary and learned English.”

After six years in exile and twice being barred from college by the Communist Party because a relative was alleged to have fled to Taiwan, Wang was admitted to Beijing Medical College on the third attempt. Medical school started as a way for Wang to pursue her passion for foreign languages as she studied Western medicine. She ended up loving it. Wang graduated first in her class from medical school and went on to become the first woman to earn a master’s degree in immunology from Beijing Medical College. Wanting to continue her studies and scientific research, Wang became the first Beijing Medical College student in her class to leave the country to pursue a doctoral degree abroad (China had no doctoral programs at the time). She traveled to the U.S. to attend Cornell University on a full scholarship and became the first Chinese student who earned a doctorate in immunology.

In spring 1989, Wang was in Ithaca, New York raising two children with her husband Nian-Sheng Huang—who she met in exile and who followed her to the U.S and later became a history professor at California State University, Channel Islands.

“I finished my PhD and was waiting for my husband to finish his PhD when the Tiananmen Square Massacre happened,” Wang says. “The protests were organized by the students at my alma mater, Beijing College. I was glued to the TV watching CNN 24/7. When the tanks rolled out, we raised money, we made t-shirts, we went to Chinese embassies in New York, Boston, and Washington D.C. to protest.”

Hundreds of students and their supporters were killed at Tiananmen Square. Wang and her husband worried another Cultural Revolution or worse was on the horizon. “My husband and I decided for our children’s sake not to go back, so we stayed,” she says.

Welcome to the Golden State

Wang was hired as an assistant professor of biology at California State University, San Bernardino in 1990. In 2001, she was one of 13 faculty members recruited to establish California State University, Channel Islands. She served as program director for the Bridges Stem Cell Research Training program, chair of multiple science and health science programs, and director of the master of science in biotech and bioinformatics program. She also was a special assistant to the provost.

In 2012, Wang became dean of the School of Health and Natural Sciences at Dominican University of California, where she was also a professor of immunology and microbiology and managed extramural grants on the campus, raising $9.3 million from private sources and corporations. 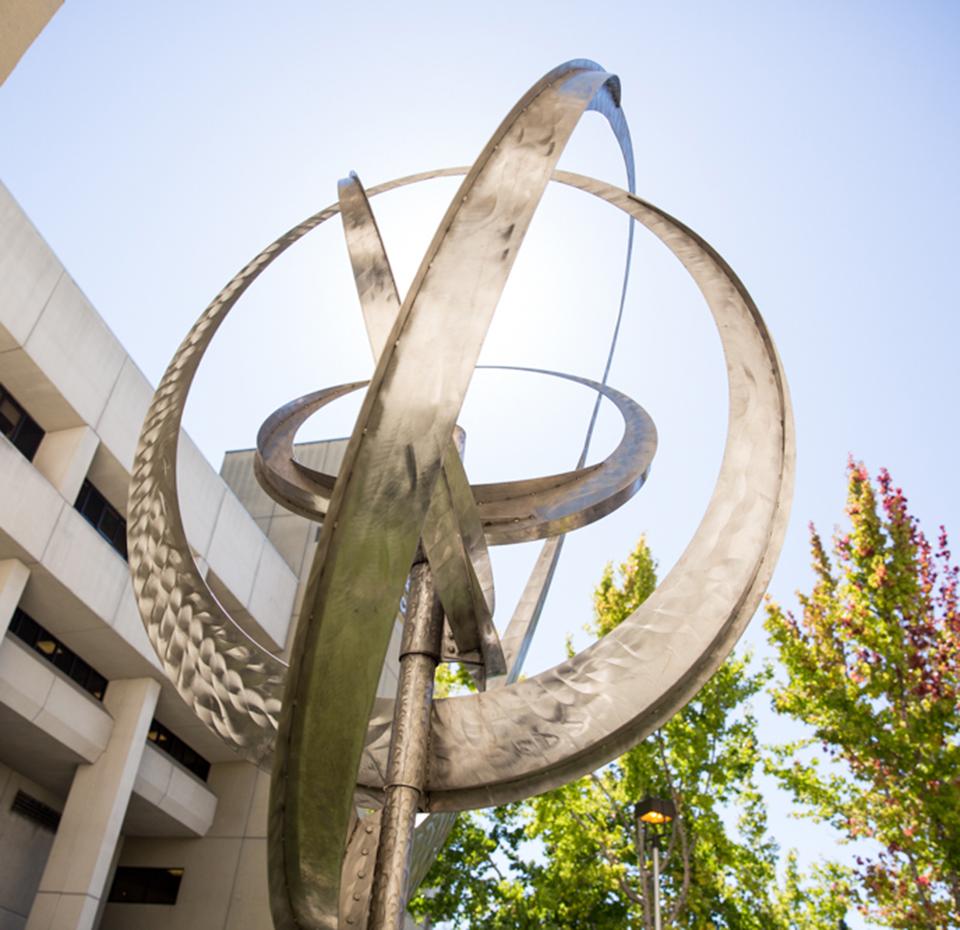 The University's executive leadership team brings a wealth of higher education experience in support of our mission.