Rachel Gelman, DPT ’12, clearly remembers her first full-time clinical rotation as a physical therapy student. A patient came in complaining of back pain from a car crash, but it was a different symptom entirely that drew Gelman’s attention. Quietly, the woman confided that she was experiencing pain with sex, which hadn’t happened before the crash.

Gelman, then a second year DPT student, understood the pain was likely caused by pelvic floor  dysfunction. She explained to the woman that not only were there therapists at the clinic who could treat her back pain, but there were also therapists trained in pelvic floor therapy. She didn’t need to suffer through painful sex.

“Something about that interaction felt so rewarding,” Gelman said. “I felt like I’d really helped her. I had seen people for their knees, their ankles, and the like, and people had gotten better. But there was something about that conversation that made me feel really good about helping her. It felt very natural. I had always had an interest in sexual health so when I discovered this specialty existed, it seemed like it was meant for me.”

Despite concerns from some of her professors that focusing too early in one area, especially a nascent area such as pelvic health, might limit her career options, Gelman went all in—completing a full-time clinical internship in pelvic health as a third-year student. She was SMU’s first student to do so.

If no one’s talking about it, that’s a problem

A decade later, Gelman is a noted expert on pelvic floor health. She owns Pelvic Wellness & Physical Therapy—a San Francisco-based clinic focused on pelvic health—writes and consults for various sex positive businesses, and is a frequent guest and commentator for podcasts and articles, including Reader’s Digest and Cosmopolitan. She’s also an adjunct instructor at SMU, teaching pelvic health curriculum, and recently traveled to Kenya to teach physical therapists there about pelvic floor PT.

While not new, pelvic floor rehabilitation is still an emerging field in the U.S. Yet it’s one that has the potential to improve quality of life for tens of thousands or even millions of Americans, particularly women. One study showed that nearly a quarter of American women suffer from some type of pelvic floor disorder. Gelman thinks the actual number is much higher.

“A lot of the areas that can be affected by pelvic floor dysfunction aren’t things people feel comfortable talking about,” Gelman said. “It’s a very taboo area of the body. If a doctor doesn’t bring it up or ask, then a patient probably isn’t going to bring it up. Then no one’s talking about it and that’s a problem.”

Essentially a bowl-shaped muscle inside the pelvis, the pelvic floor supports numerous organs that are in the bowl—bladder, colon, uterus or prostate. But when the pelvic floor becomes stretched out or stuck in a contracted state as commonly happens after having a baby, the result is a pelvic floor that’s unable to properly perform its vital supportive role. This dysfunction can manifest in a range of ways: pain with sex, incontinence, constipation, and even hip, back, and pelvic pain.

Often when pelvic floor problems are discussed, they’re talked about as symptoms that just happen, particularly after childbirth or with age. Many women, she said, think leaking urine or pain with sex is normal. And all too often the only potential remedy they hear about is surgery, which is invasive and has an intense recovery associated with it. They’re unaware of the more conservative—and effective—approach of pelvic floor PT. In Gelman’s clinical experience, she’s found that some patients are able to avoid surgery completely; others still opt for surgery but tend to have better outcomes with post-surgery PT as part of their care.

In countries like Kenya, the field is even less known than in the U.S. Thanks to a grant by the Jackson Clinics Foundation, Gelman and three colleagues traveled to Nairobi in February to teach a two-week course on advanced pelvic pain conditions to women physical therapists so that they can treat patients but also so they can teach other therapists. The class was the third module in a first-of-its-kind women’s health program in Kenya designed for physical therapists looking to add pelvic floor PT to their knowledge base.

“These women are seen as pioneers,” Gelman said. “It was an amazing experience to teach there.”

Gelman sees her work, both in Kenya and in the U.S., as connected with SMU’s mission.

“One of the things that drew me to SMU was the giving back to the community, and that it had these pro bono clinics put on to help people who needed physical therapy and couldn’t afford it,” she said. “My work goes back to giving back to the community. Obviously, I’m saying community in a broad sense of community of women. There is such a need for these services and so many people, of all genders but particularly women, tend to suffer with these symptoms for so long.” 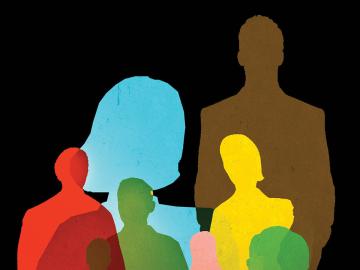 How to Make SMU More Diverse and Why it Matters

In five years, what will Samuel Merritt University look like? What type of student will it educate? What communities will it serve? And how can the 112-year-old institution cultivate a culture of... 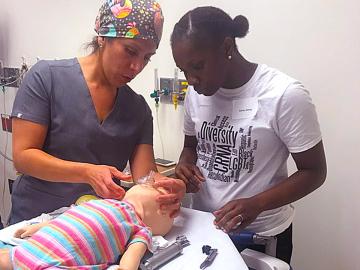 Ana Armenta, CRNA ’16, Grew Up in Poverty. Now She’s a Nurse with a Master’s Degree

In the second of three Q&As with SMU alumnae who received the 2021 Create & Cultivate (C&C) 100 Award, Ana Armenta, CRNA ’16, discusses her journey from Honduras to Louisiana to California and how she... 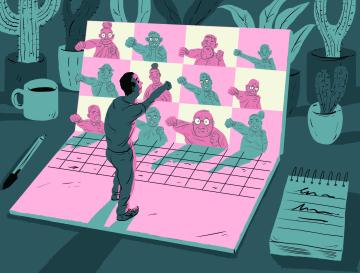 Physical Therapy in a Virtual World

Shifting his weight from side to side like he’s ready to pounce, Huy Trinh, DPT ’21, signals the next move to half-a-dozen community members tuned in on Zoom for a physical therapy shadowboxing class...