Anxiety, even terror, accompany some transgender patients to the doctor’s office or hospital emergency department. Their concern over how they will be treated by health care providers can preoccupy them more than their medical conditions, according to transgender community members who recently spoke at Samuel Merritt University (SMU).

“I was terrified about going to the doctor to try to start hormone replacement therapy,” said Juniper Yue DPM ’21, a student at SMU’s California School of Podiatric Medicine. “It took me five months after I had decided I was going to do it to actually even try to make an appointment because I was so anxious about being discriminated against.”

While that experience worked out for Yue, her anxiety returned when she had to switch health care providers after graduating from University of California, Berkeley and moving home to Southern California. For more than three years, she paid out-of-pocket for a private endocrinologist because she said she didn’t trust her insurance company to provide her with a culturally competent primary care doctor.

Gender is what’s between your ears

The panel discussion on March 29 was part of SMU’s Community Reads initiative, which explores critical issues in health care through annual book selections and events. One of two books chosen this year was You’re in the Wrong Bathroom!, which looks at common medical, social, psychological, and political misconceptions about what it means to be transgender, a person whose gender identity is different than the one assigned at birth.

Benjamin Zumwalt ELMSN ’19, a family nurse practitioner student in SMU’s Entry Level Master of Science in Nursing program, conceived the event. He encouraged students in the audience to learn more about the transgender population so they can better advocate for their future patients. That starts, he said, with appropriately addressing a person’s gender identity.

“Gender really is between your ears, not your legs,” said Zumwalt.

“If you’re unfamiliar with terms that you hear, just humbly ask your patients. They’re not there to educate you, but it is important to know what they mean when they say things,” he said.

For example, according to Zumwalt, a person who identifies as neither a male nor a female should be called “gender expansive” rather than the older term of “gender nonconforming,” which implies that anyone who is not conforming is not normal.

Panelist Bobby White identifies as “gender queer” — both male and female — and prefers to be referred to with a plural pronoun.

“When I’m anywhere where there are two sexes being divided out, I’m suddenly uncomfortable and I don’t belong anywhere,” they said. “I don’t belong in either bathroom so I really like the gender-neutral bathrooms.”

White and four transgender community members described their transition experiences as well as what they expect from their health care providers to an audience of SMU students, faculty, and staff.

Don’t call me by my deadname

Jennifer LaCroix ABSN ’18, a graduate of SMU’s Accelerated Bachelor of Science in Nursing (ABSN) program, said the years she spent living as a man were consumed with depression, anxiety, and alcoholism. That all changed three years ago when she started exploring transition and came out as a woman.

LaCroix, who hadn’t yet begun hormone therapy or laser treatment to her face, said her SMU classmates and professors were amazingly supportive, taking away her anxiety and helping her to grow.

However, LaCroix remains fearful of going to the doctor. Once, when she first started her transition, she went to get eyeglasses and wrote her preferred name on the intake form. Because her insurance still reflected her former identity, the front desk staff continually referred to her as a man even though she was wearing makeup and a skirt.

“They made me so horribly uncomfortable that I didn’t want to exist, I didn’t want to be seen by them,” said LaCroix of her experience with deadnaming, or calling a trans person by their birth name or former pronoun.

Because White hasn’t legally changed their “very feminine” birth name, they said it has brought them pain and heartache, especially in health care. They said most people ignore the preferred name of Bobby they write on medical intake forms even though the option is highlighted in yellow.

“When the person comes out into the waiting room and calls for my legal name, I just dread it,” said White. “I walk into the doctor anyway and I am already shallow breathing.”

The same physician White has seen for a long time repeatedly refers to them as a woman and doesn’t acknowledge their transition to gender queer.

A year after Kari McAllister started taking hormones and wearing bright red polish on her toenails, she was admitted to the hospital for a coronary bypass.

McAllister said everyone at the hospital were “spot-on respectful,” enabling her to go home nine days after surgery.

“Now I enjoy my life as I live it,” she said. “I don’t make any excuses or apologies.”

Julian Montgomery knew from an early age that “something was wrong” with his birth identity as a female, but delayed his transition because he wanted to have children. Years later, having his uterus removed for medical reasons put him on the road to physically transitioning from female to male.

“That was the best thing that had ever happened to me outside of giving birth to my two children,” he said. “Not having a cycle relieved everything for me. I felt safe and comfortable for the first time in my body.”

Ask, but don’t be intrusive

The panelists offered advice for the audience of future health care practitioners on how to create an inclusive, respectful environment for transgender patients.

Many of the speakers agreed that health care providers should educate themselves, and respectfully ask questions rather than making assumptions if they are unsure of how to address a patient.

White likes a lot of questions because there is so little information in medical literature about gender queer people.

“I want nurses and doctors to find out more about my relationship to my body and my health,” they said.

Montgomery feels differently. He said he dreads seeking medical care because he is looking for support and treatment of his high blood pressure and cholesterol, not to indulge providers’ curiosity about his transition story.

“What I would like from nurses, because they do the lion’s share of the patient care, is to be open, be nonjudgmental, and whatever your personal beliefs are, leave those outside of the patient room,” he said. “In my mind, I’m there for care, not to really understand why you object or don’t understand.”

Yue said health care providers should avoid what she called “trans broken arm syndrome,” or assuming that an injury is related to a person’s gender dysphoria or transition.

“If it’s not related to my being trans, you have no hecking right to ask,” agreed LaCroix.

“I love every moment that I’m not reminded I’m trans,” she said. “I just want to be me.”

Tell us your story. Tell us about a friend. We want to hear about students, alumni, and faculty who are breaking the mold and living SMU's mission 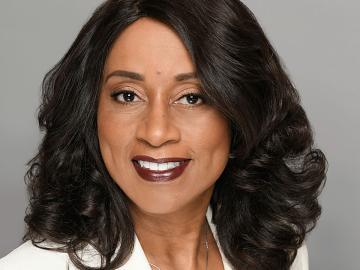